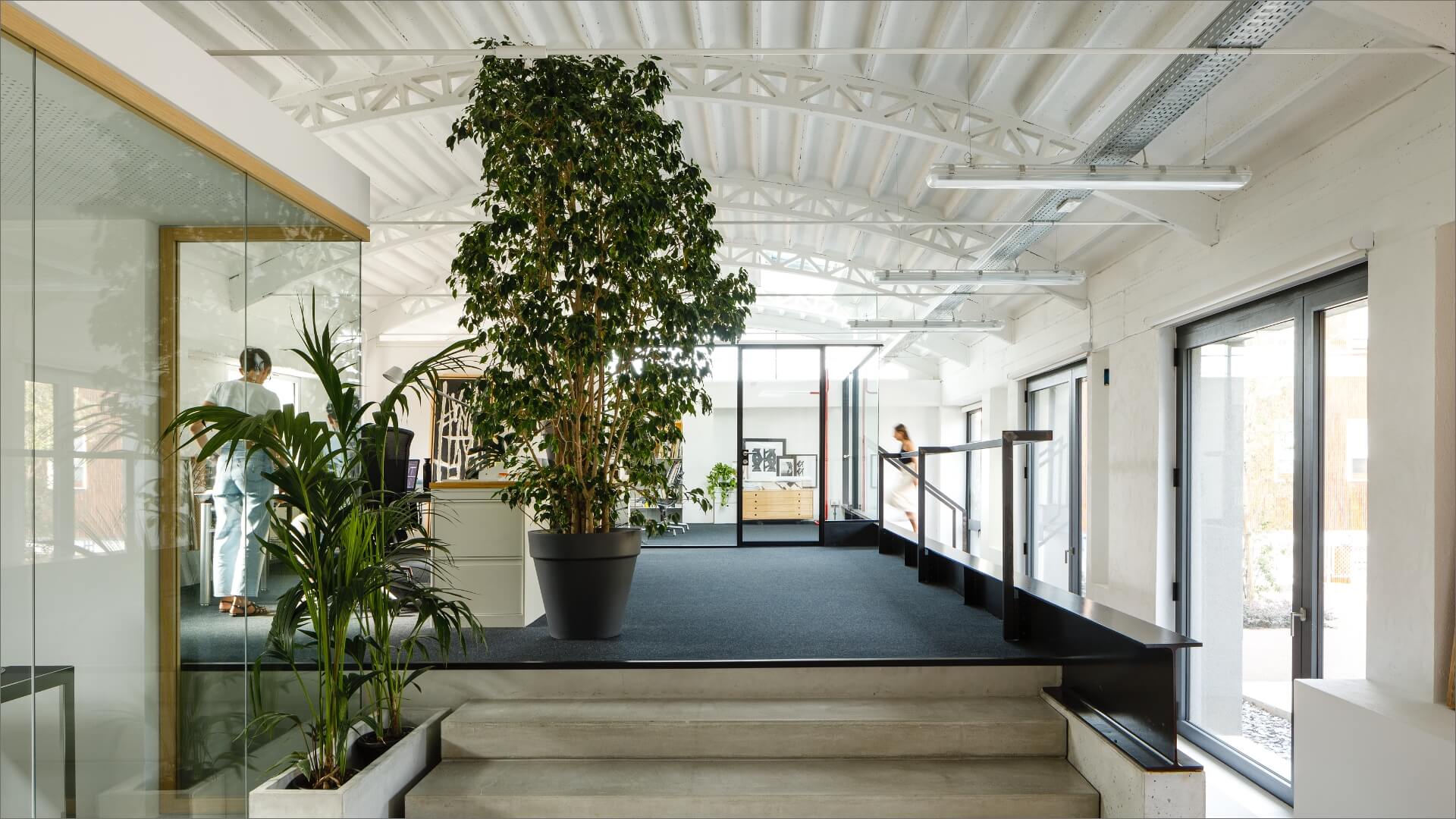 synthesis of ideas, beauty and functionality 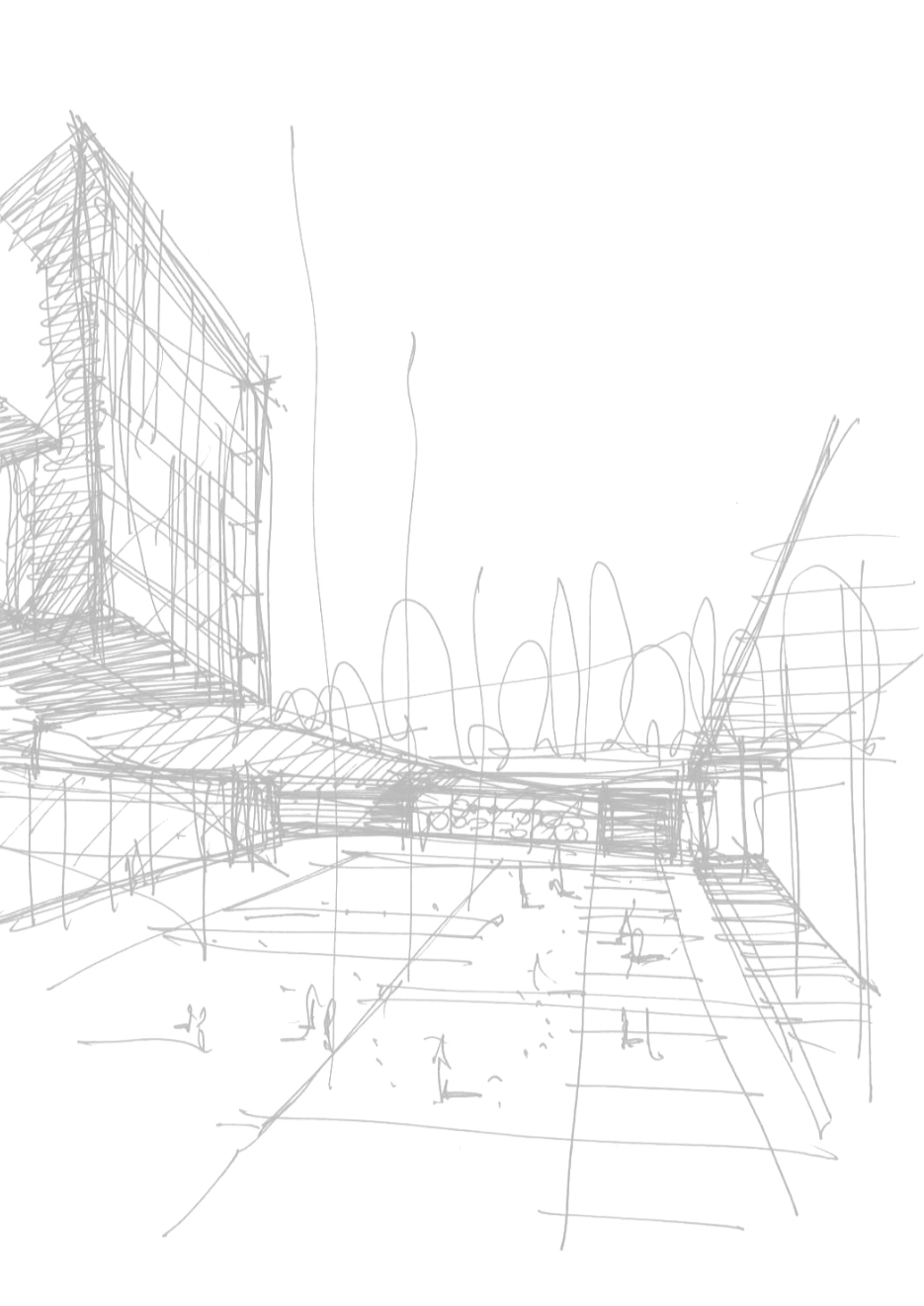 established in 1999 by Stefano Gri and Piero Zucchi, GEZA Architettura is a multi-disciplinary architecture studio that focuses on the perfect balance between Ideas, Beauty and Functionality 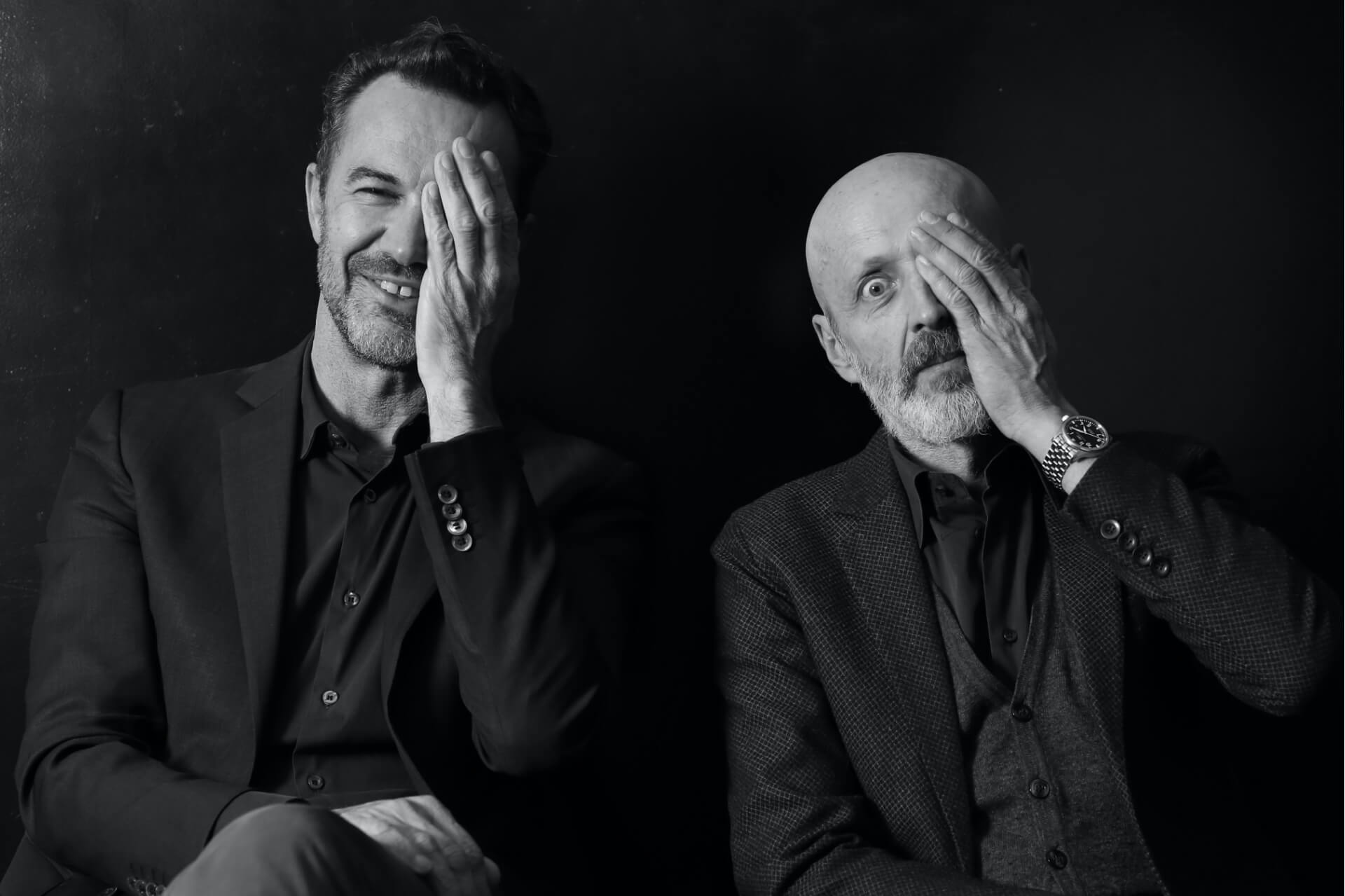 Born in Udine in 1965, he graduated in Architecture in 1992 at the IUAV in Venice, he also studied at the ETSA in Seville and in 1994 he participated in the Masterclass at the BIA in Amsterdam with Rem Koolhaas. He has been a member of the Order of Architects of Udine since 1993. He collaborated with Studio Valle Architetti Associati in Udine from 1993 to 1998. In 1999, together with Stefano Gri, he founded the GEZA Gri and Zucchi Architetti Associati architecture studio in Udine, transformed in 2018 into GEZA Gri and Zucchi Architettura srl. Since 2002 he has worked as Visiting Professor at the IUAV University of Venice, the University of Trieste / Gorizia in Italy, at the TUE of Eindhoven in the Netherlands and at the University of Lijbljana in Slovenia

Born in Udine in 1963, he graduated in Architecture in 1988 at the IUAV in Venice and has been enrolled in the Order of Architects of Udine since 1990. After various professional experiences in Italy, in 1992 he moved to Spain collaborating with the studio of Tonet Sunyer + Jordi Badia in Barcelona. In 1999, together with Piero Zucchi, he founded the GEZA Gri and Zucchi Architetti Associati architecture studio in Udine, which in 2018 became GEZA Gri and Zucchi Architettura srl. Since 2002 he has worked as Visiting Professor at the IUAV University of Venice, the University of Trieste / Gorizia in Italy, at the TUE of Eindhoven in the Netherlands and at the University of Lijbljana in Slovenia

behind every great project there is always a solid team of great people, each of them with their own strengths and personalities 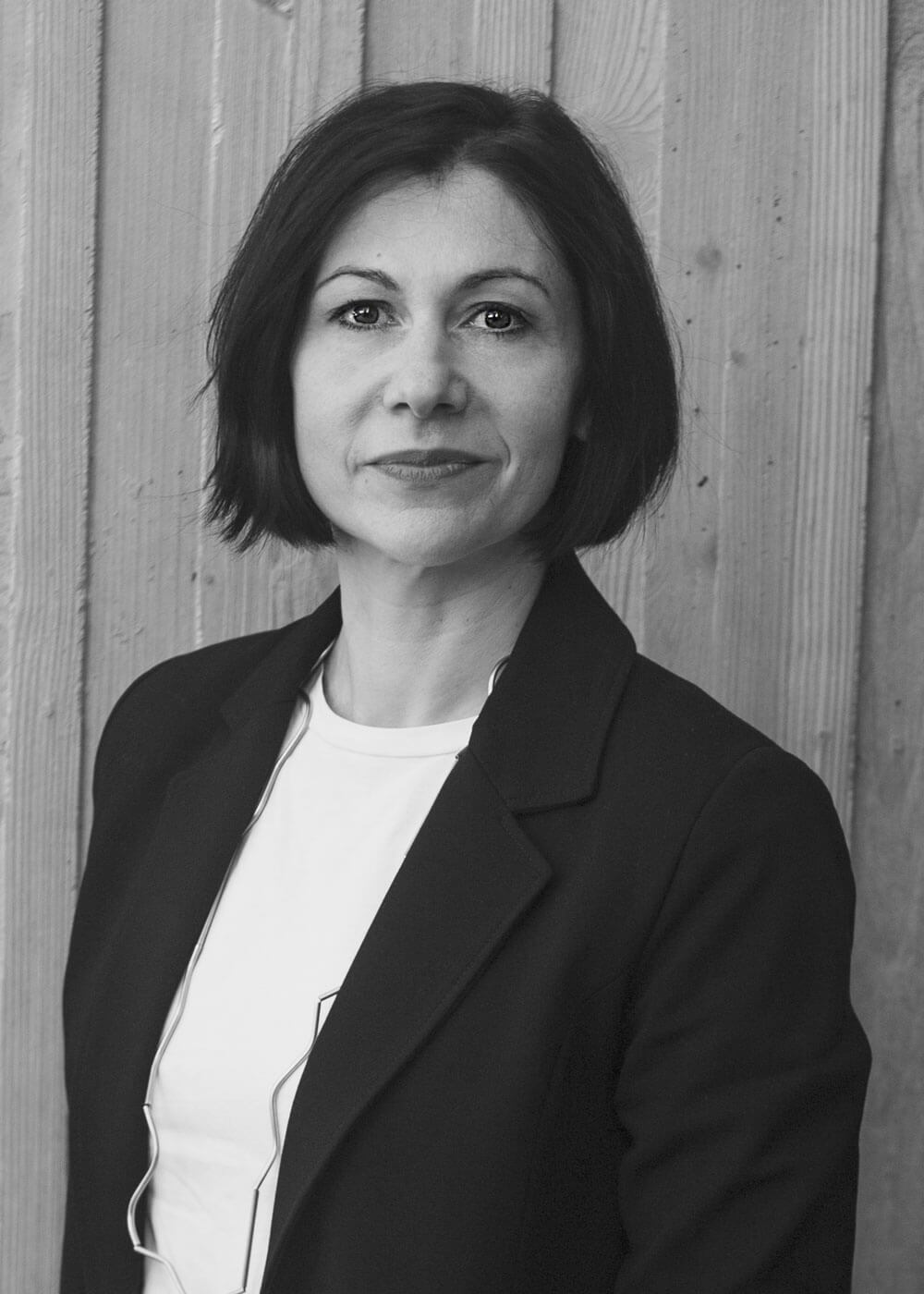 Since 2005 part of GEZA Architettura. She graduated from the FAF in Ferrara with a thesis in Industrial Design, supervisor Giuseppe Mincoletti. She approached the free profession after several work experiences between Ferrara and Bologna. Enrolled in the Order of Architects of Udine since 2003. Confirming the strength of the design idea, strengthening it through detailed construction design, continues to be the driving force of her work. The sensitivity to detail in all observation scales, the extreme curiosity aimed at all disciplines, and the continuous search for balance and formal sensitivity, allows it to balance beauty and functionality in architectural, interior and design projects 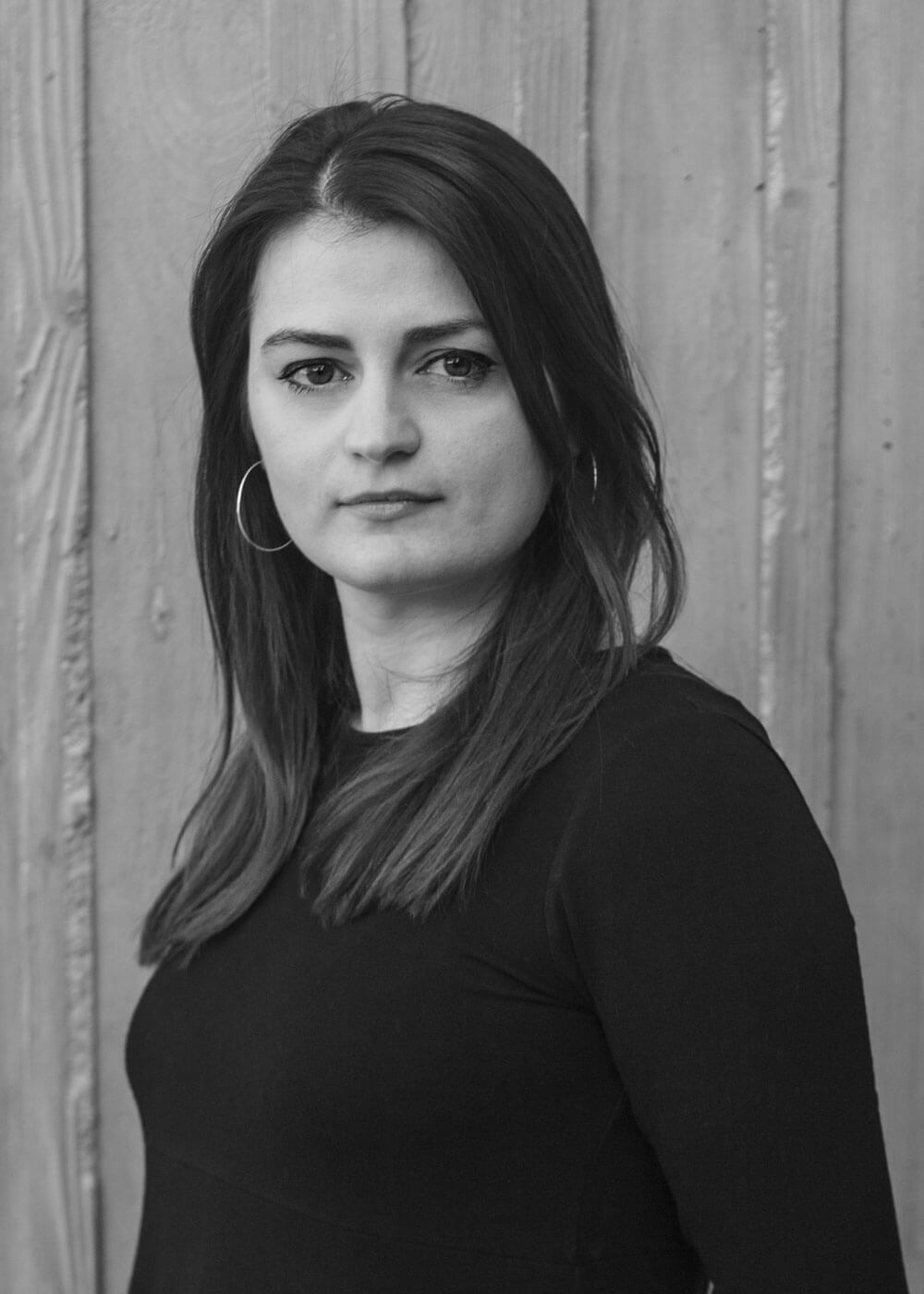 Graduated from the Milan Polytechnic in 2015, she is enrolled in the Order of Architects of Udine. During the university period she carried out various training experiences abroad, including an Erasmus in Spain and a post graduate internship in Germany. She wrote the thesis “Eco-life Gajum. Research and well-being meet “, an industrial redevelopment project of the former Gajum water bottling plant which proposed the use of the area as a botanical park and to transform the building into an artisan hub with natural cosmetics laboratories, training schools and places for well-being and personal care.
She carried out her first work activities in Milan, Berlin and Udine.
She is part of GEZA Architecture team since 2016 and she mainly deals with projects for workspaces and industrial masterplans. Always interested in the architecture-landscape relationship, she uses travel as a study toolC89 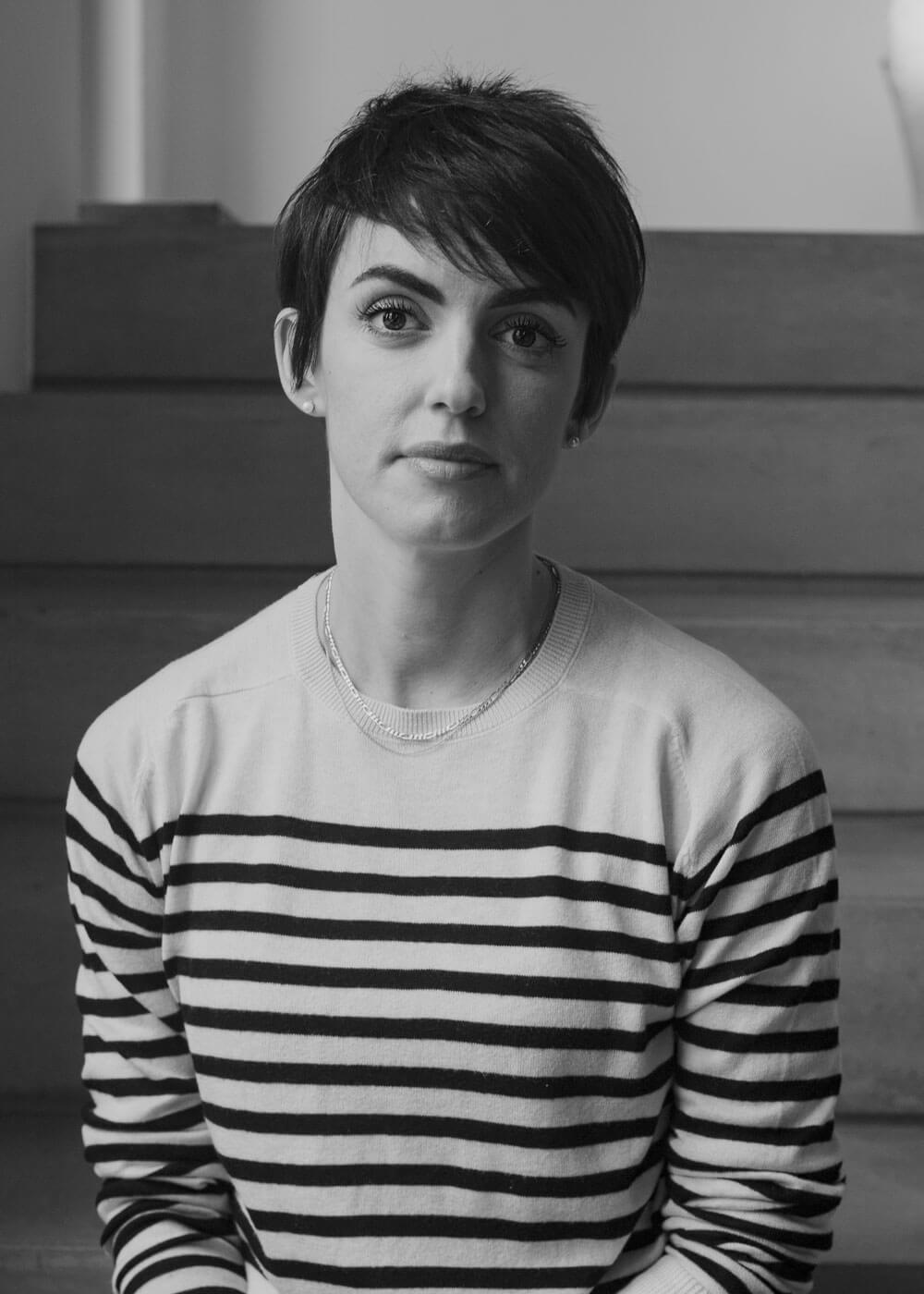 Graduated in 2010 in Architecture for Construction at the IUAV University of Venice, with a design thesis entitled “A station for the sub-lagoon subway of Venice” (supervisor Prof. Arch. G.B. Fabbri).
She joined GEZA staff in 2017 after a series of collaborations with some architectural firms and a couple of years’ experience in the contract retail sector.
She had the opportunity to grow professionally, ranging from issues related to urban and architectural design, up to the executive design of interior spaces.
In GEZA she deals with office and industrial building projects 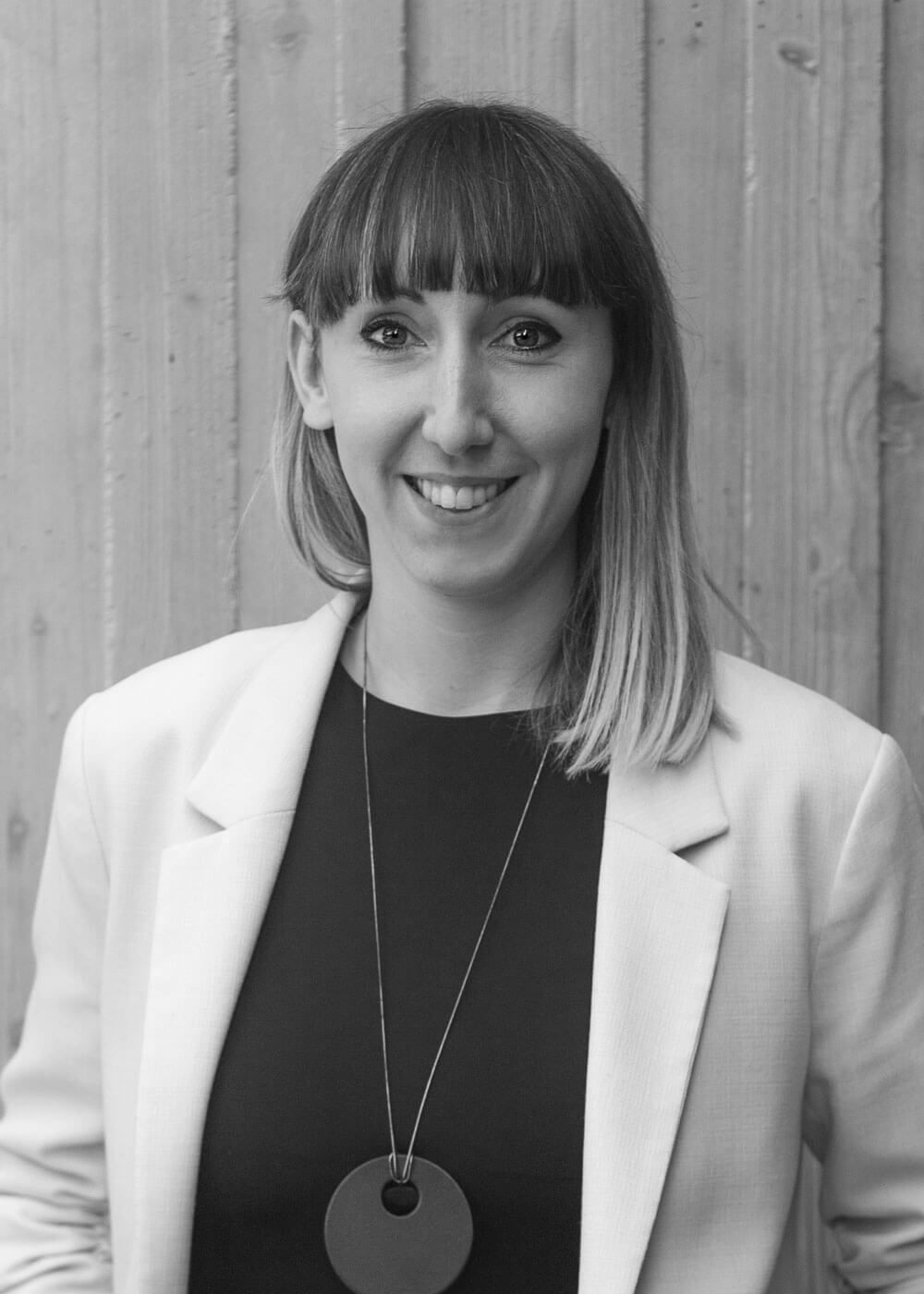 She graduated in 2013 at the Politecnico di Milano, carrying out a period of study in Australia, at the Royal Melbourne Institute of Technology. She developed the thesis “Border Memories: Re-Enacting the Difficult Heritage” (supervisor Gennaro Postiglione), a research and design work on the theme of the reuse of minor heritages, on the relationship between collective memory and cultural identity understood as widespread actions of museography and staging of the territory. After several work experiences in Udine, Milan and Australia, she joined GEZA Architettura in 2015 in the role of architect and communications manager.
With a multidisciplinary and creative spirit, her interest ranges from architecture to graphic arts. In GEZA she deals with residential and housing projects, interiors and retail, workplaces and landscape architecture. Since 2015 she has coordinated and managed the Communication branch, creating the “corporate” content for the press, the web and all public channels of the firm

Do you want to join the team?

GEZA is constantly looking for talented and dedicated people.
Send your portfolio and motivational letter to jobs@geza.it 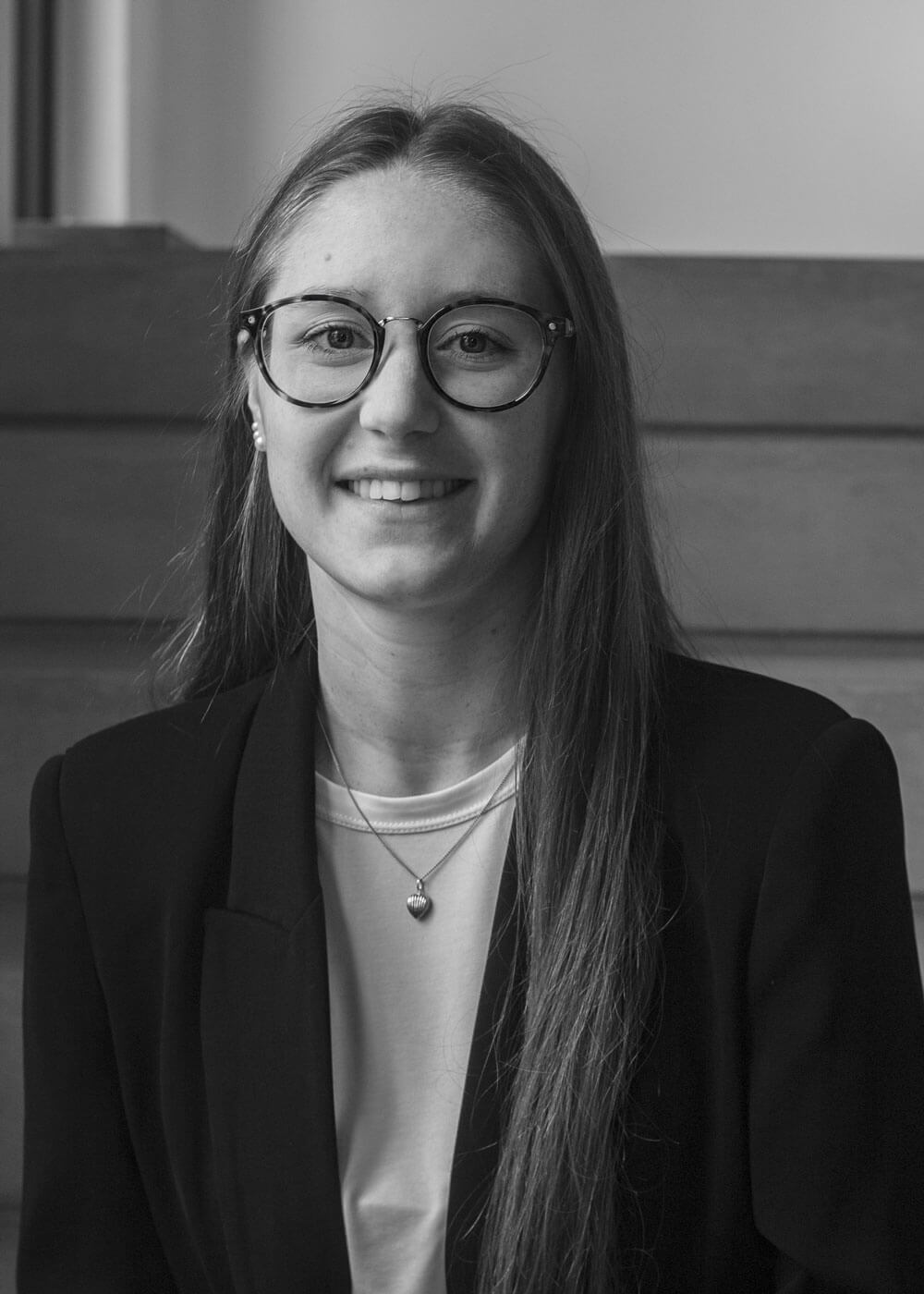 Graduated in 2021 from the IUAV University in Venice, she developed a research and design thesis on “Architecture in Conflict: Sustainable Urban Restoration”, carried out in collaboration with the Aga Khan Foundation (supervisor Arch. Benno Albrecht). The thesis proposed the use of the Buffer Zone of Cyprus as a resource to be exploited, through an urban redevelopment project of the historic center of Nicosia, addressing issues of environmental sustainability and self-sufficiency of resources.
After an internship experience in 2020 she joined GEZA Architecture in 2021 collaborating with various project teams in interventions of different scales and types, contributing to the exploration of new forms, materials and techniques 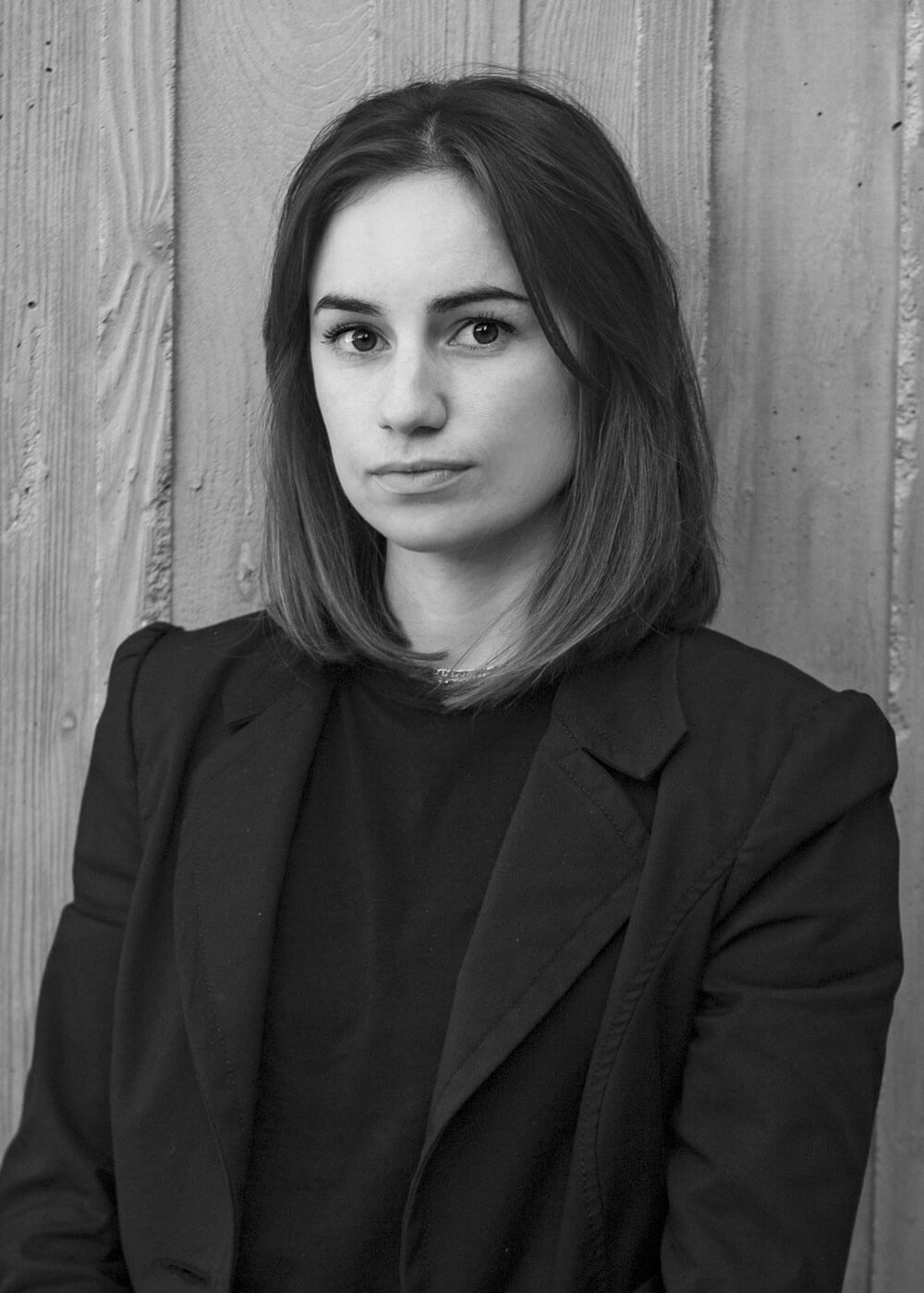 Graduated from the University of Udine in 2020, she concluded her academic career with a research project carried out during a stay in Vietnam, which allowed her to deal with Asian realities and urban dynamics. The experience ended with the writing of the thesis entitled “Ho Chi Minh City: a metropolis for parts”, an urban study that aims to investigate the development and change of forms of the Asian metropolis. After short collaborations with architectural firms, she carried out an internship period within the GEZA studio and then joined it in 2021.
With a dynamic and creative spirit, she collaborates with various design teams at different scales of intervention, from the study of details and materials, to landscape design 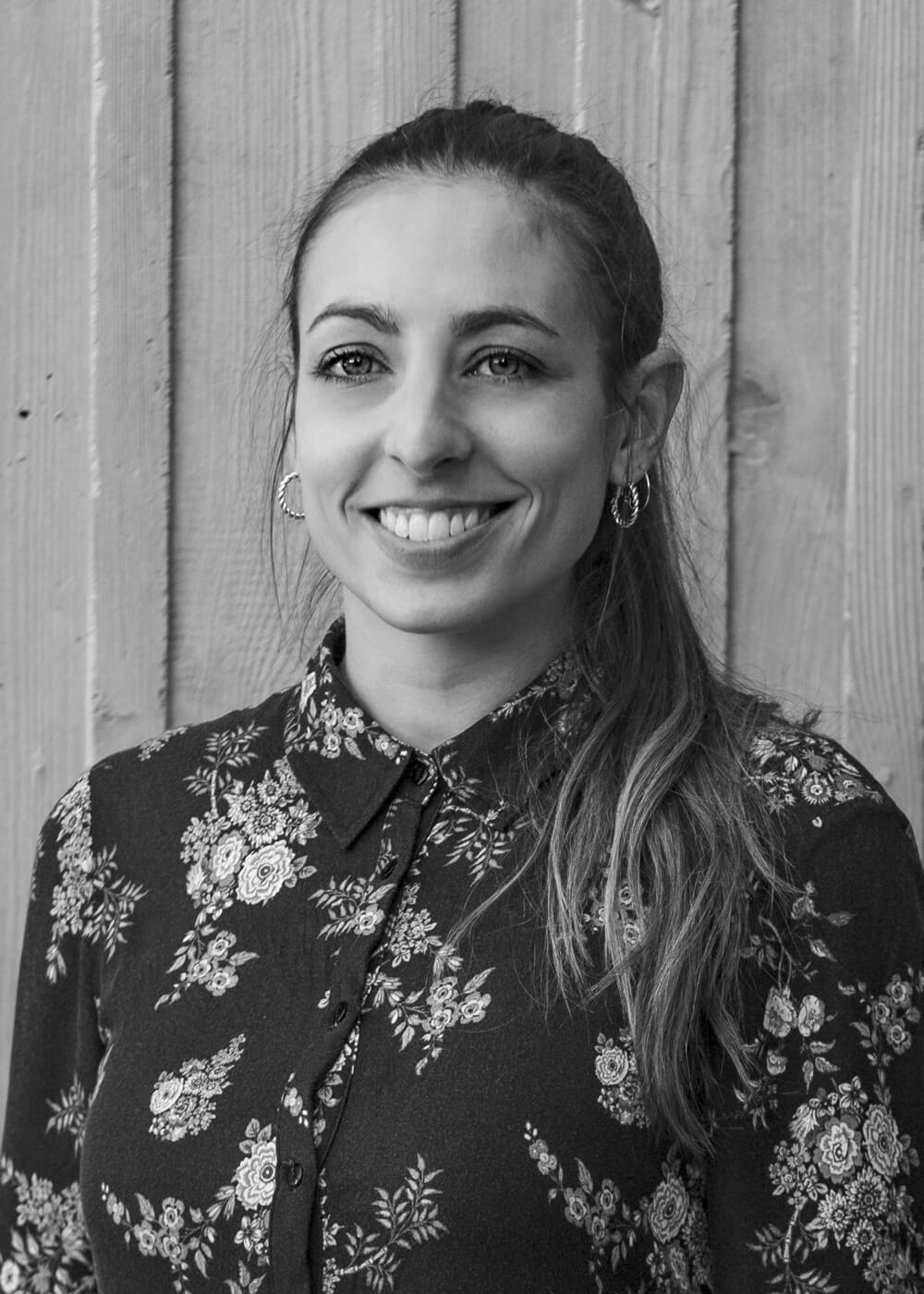 She graduated in 2018 in Architecture and Innovation at the IUAV in Venice, with a thesis on the redevelopment of a former industrial area of ​​Udine. During her studies she spent a period of training at Aydin University in Istanbul. From 2019, after having collaborated with a studio that deals with urban planning and projects in the public sector, she joined GEZA Architecture. Within the studio she collaborates with various design teams, ranging from interiors to large scale. In 2021 she became a councilor of the Order of Architects of Udine, with which she collaborates in the organization of events related to architecture. At the same time, she is involved in the phenomena of regeneration and recovery of the existing urban fabric through practical actions on the territory and cooperation between professionals and citizens 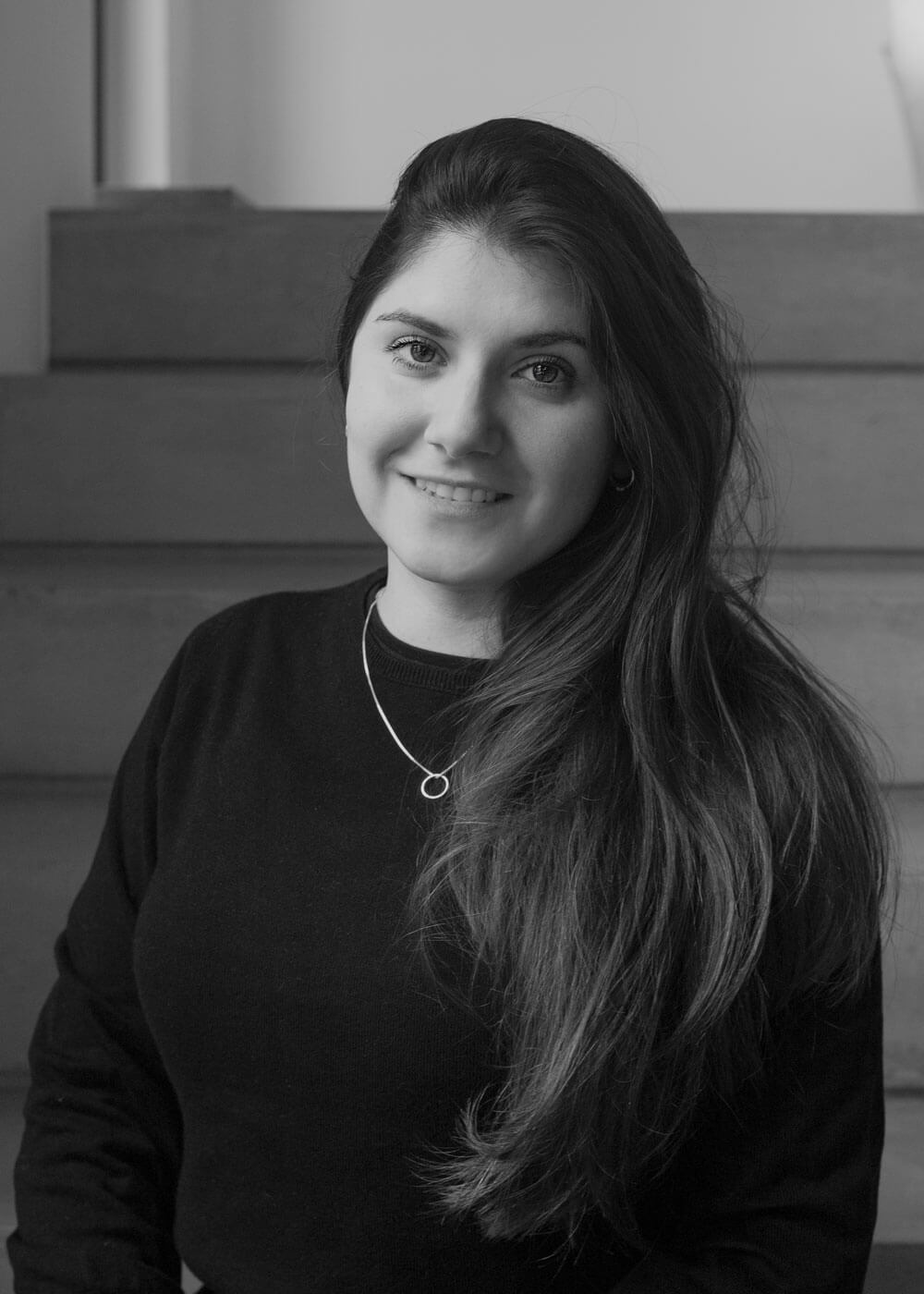 She graduated in 2018 from the Facultad de Arquitectura y Urbanismo de Tucumàn, Argentina. During the academic period she was involved in activities dealing with social architecture, collaborating with institutes of assisted social practice architecture. She carried out an urban planning and design thesis entitled “Centralidades”, with the aim of solving the problems deriving from the centripetal model of the Metropolitan Area of ​​San Miguel de Tucumàn, with the aim of consolidating existing centers and creating new centers (integral nodes ) to improve the metropolitan and interurban connection system.
After some collaborations in technical and architectural studies in Argentina and Italy, she joined GEZA Architecture in 2021, supporting design teams in BIM development and modeling 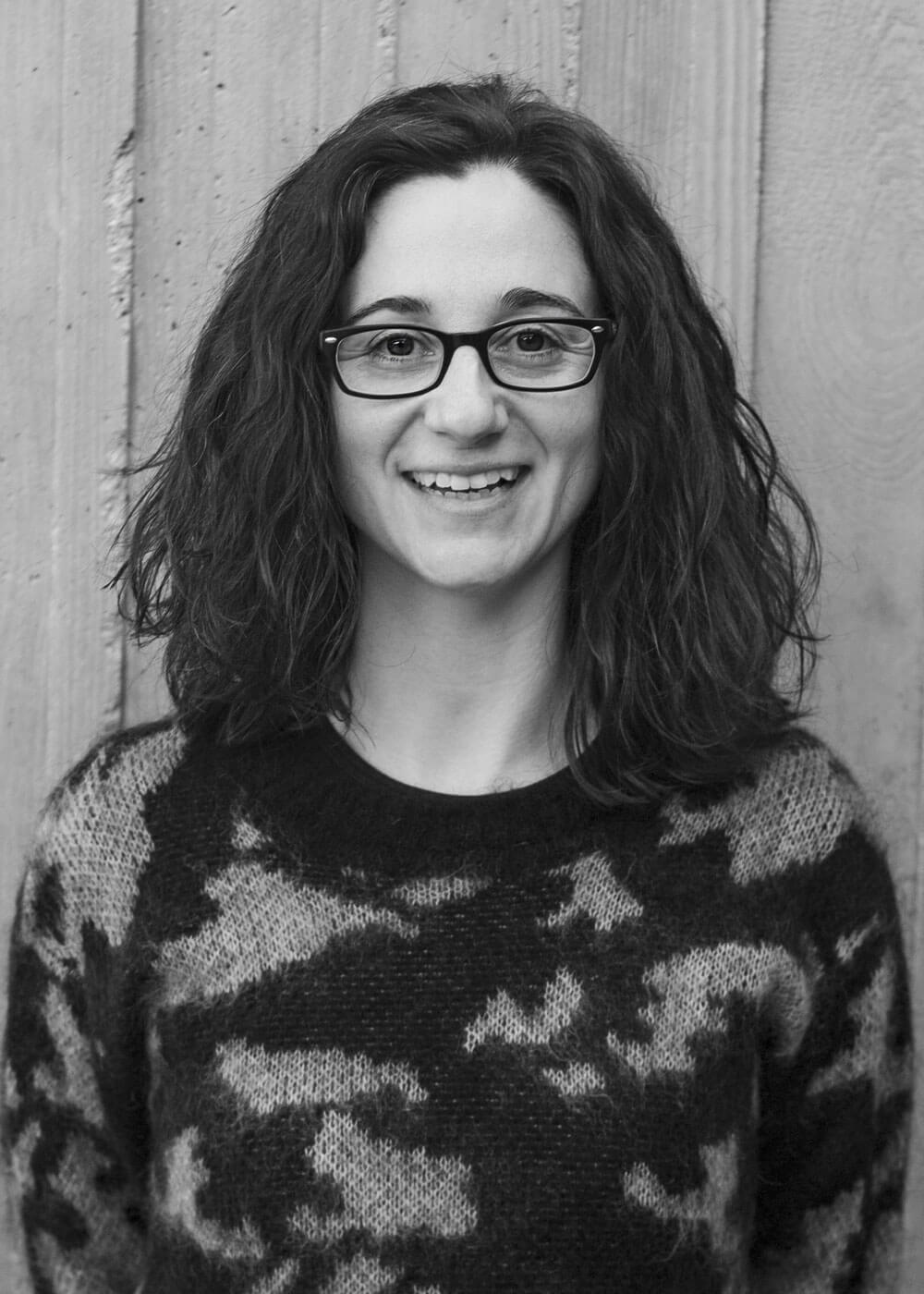 Graduated in Architecture at the University of Udine in 2011, she subsequently completed the specialization Master “Housing: new ways of living between innovation and transformation” at the Roma Tre University, investigating issues relating to Social Housing in Italy and in Europe. After some work experiences in Rome and Udine, she carried out her professional activity for a few years in London. Upon returning to Italy, she deepened the use of the BIM methodology in design.
She is part of GEZA Architettura since 2021, in the role of BIM specialist, collaborating operationally with the design teams in the development and BIM modeling of interventions at different scales of size and type 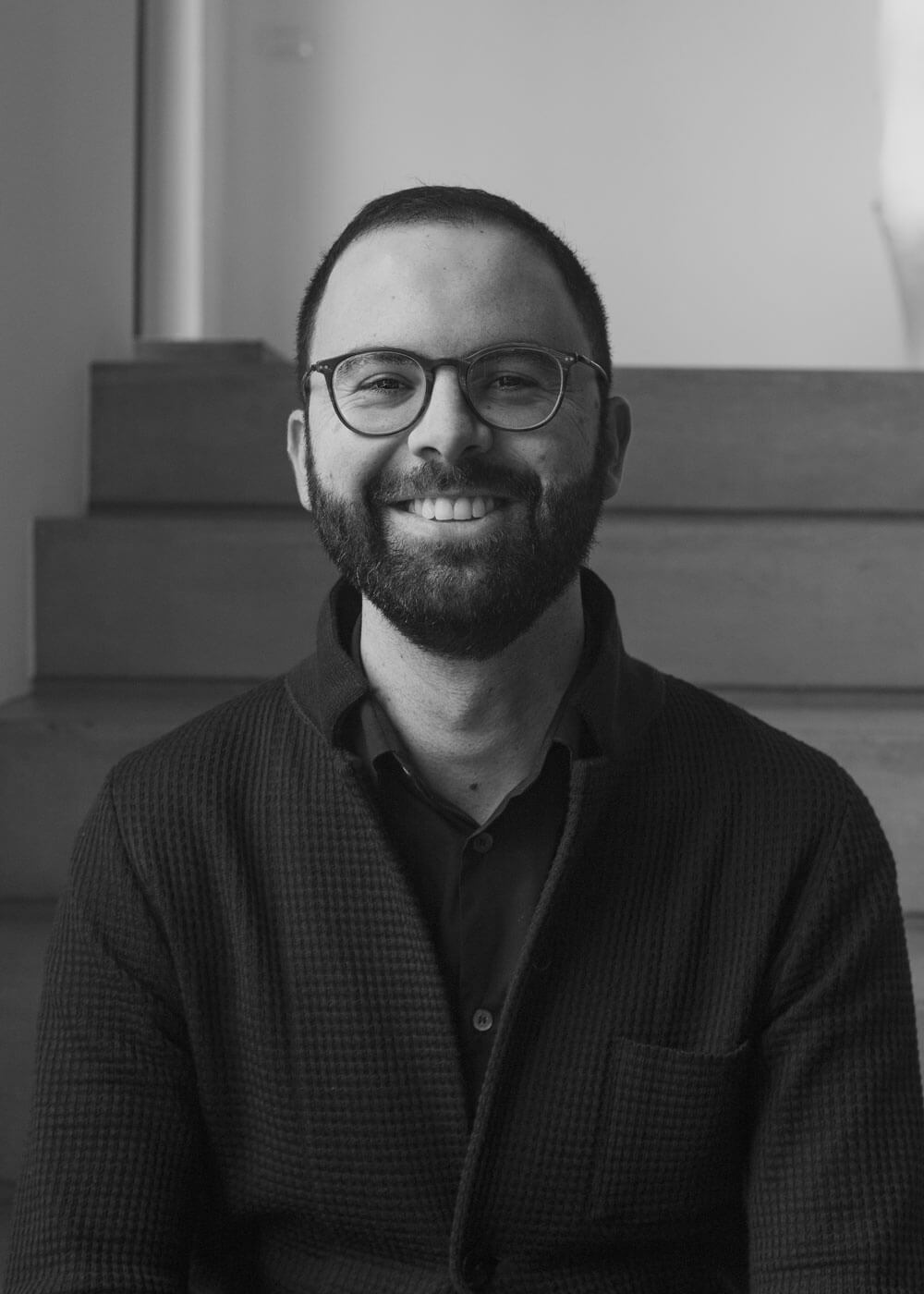 He graduated in Architecture at the IUAV University of Venice in 2013, dividing his studies between Venice and Lisbon, where he developed the thesis on the design of the “Casa da Musica” on the long Tano with the supervision of professors F. Aires Mateus, Joao Gomes da Silva and PA Val. After a first experience in the academic world as a researcher and didactic collaborator at the IUAV University of Venice and the Polytechnic of Milan, he began working as an architect in some local studios. Passionate about the topic of sustainability and energy requalification, he obtains the Master in Nearly Zero Energy Buildings at the University of Udine and participates in the Preset workshop in the province of Buenos Aires, Argentina. He has been working in GEZA since 2018, mainly dealing with projects for workspaces and industry 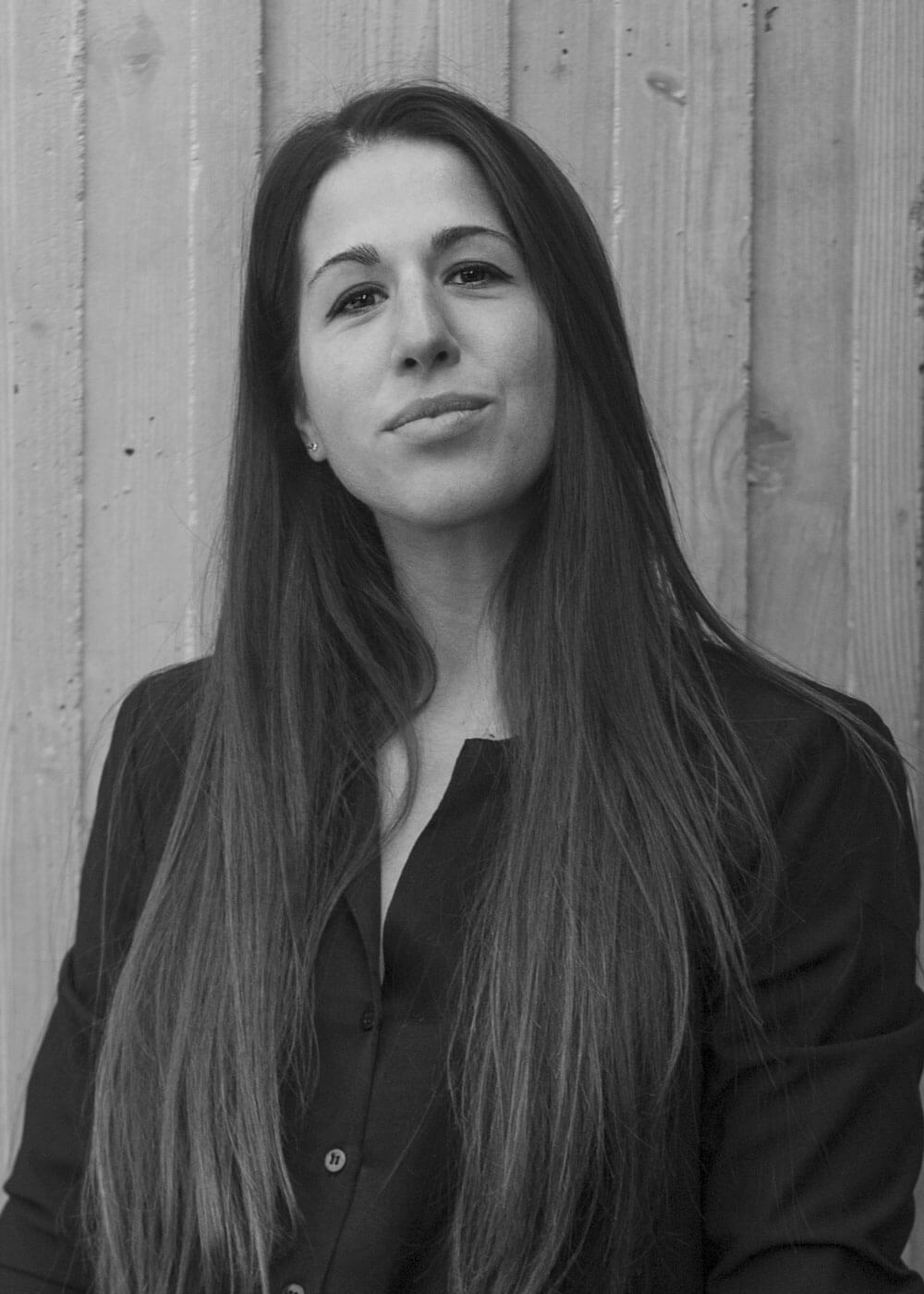 After graduating at the University of Udine in 2014 (Architecture Bachelor Degree), she moves to the stunning Sydney to pursue her career in Branding, Communication and Marketing. With a real passion for design, photography and the Scandinavian style, she embraces every working experience the city has to offer. 5 years later she comes back to her home town, Udine, to assist studios and companies in their communication purposes. She joins the studio in November 2021, bringing her Australian personality along. 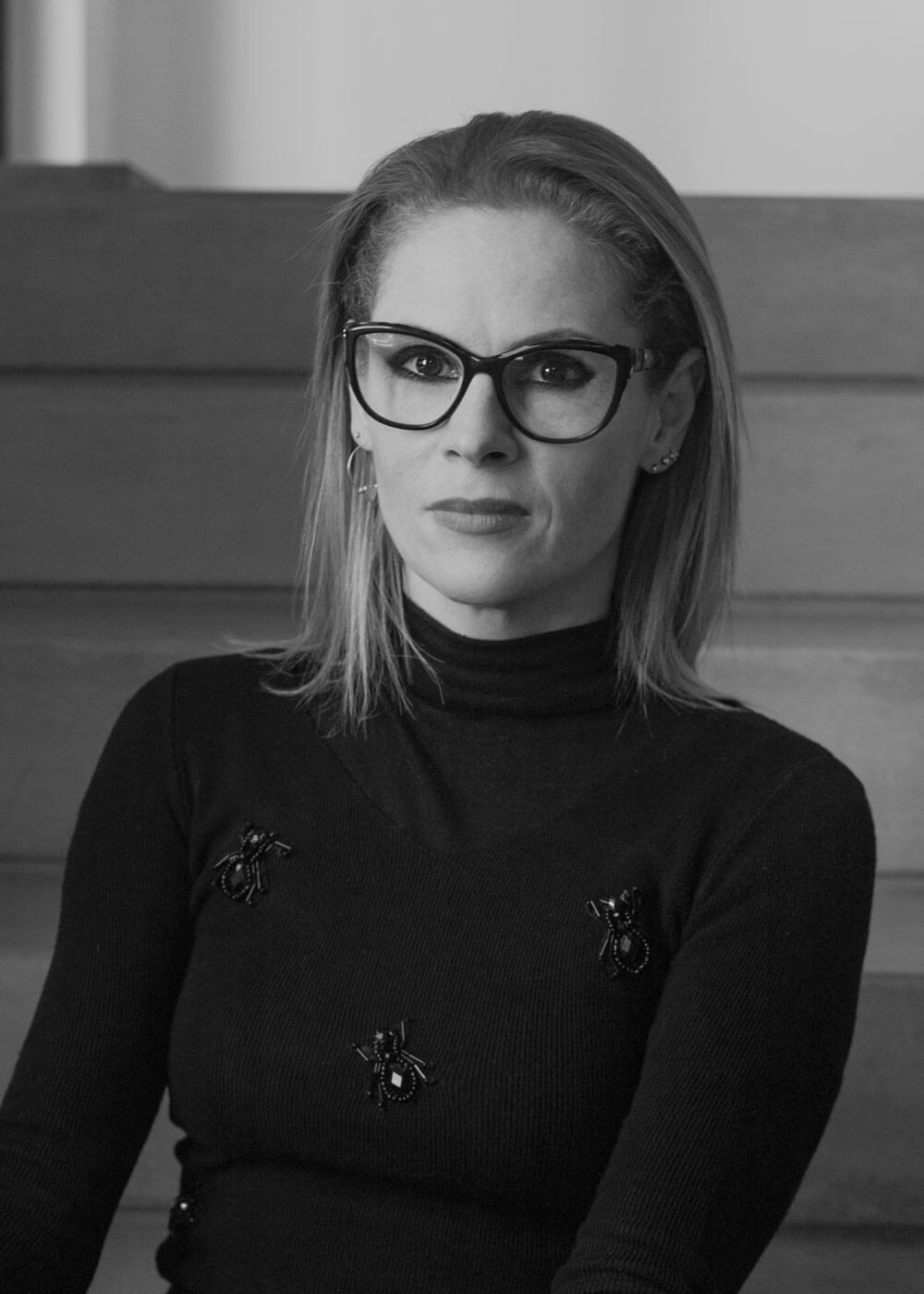 After various experiences in the accounting administration and HR, from 2020 she joins GEZA Architettura as a management assistant, taking care of the management control of the studio, bringing enthusiasm and creativity to the entire project team

the environment we are surrounded by plays a pivotal role in the everyday workflow. That’s why we have designed a human-centered work space to inspire our practice for a more sustainable work-life balance 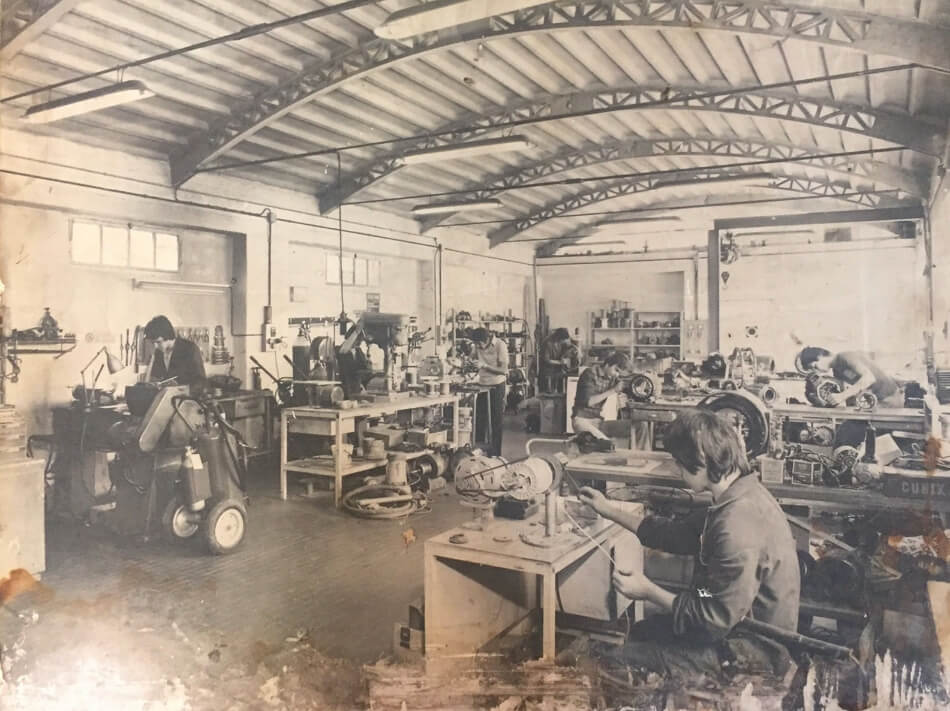 transformations: industrial buildings under a new lens of use. A new purpose. A new life

The term reuse in architecture means to give the building a new life. The art of transforming explores the link between past and future.
The starting point is the same in terms of physical condition, yet the use and purpose are quite different because they belong to different times, unveiling new meanings and potentialities.
The reuse and transformation of a building - artisan in this case - are almost a signature pattern in GEZA’s practice: a chance to discover new positive features lead by a sustainable and poetic process. 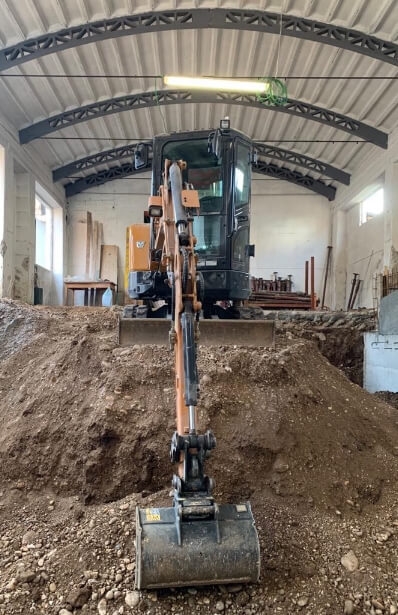 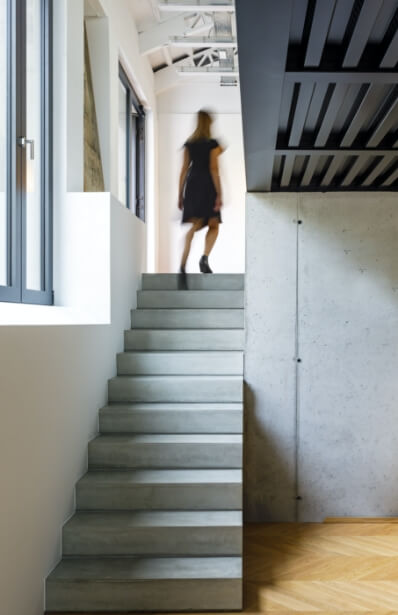 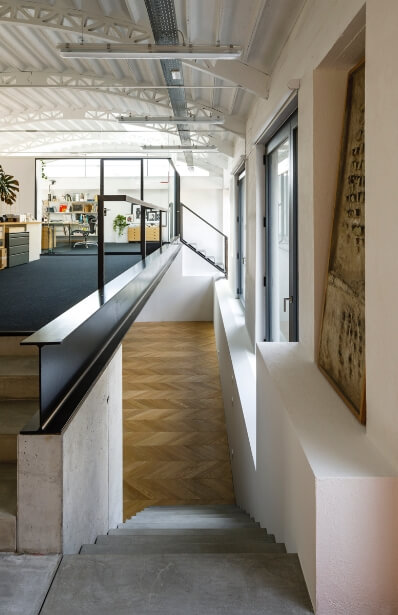 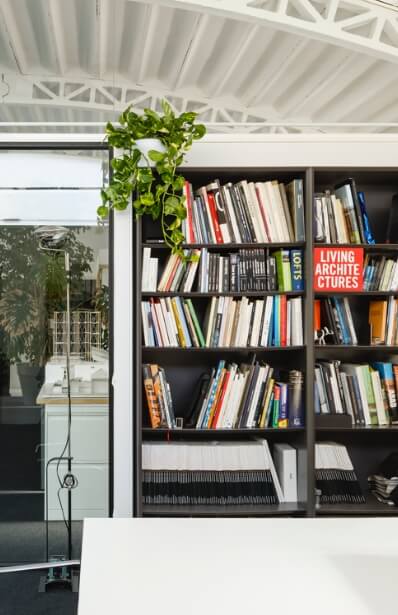 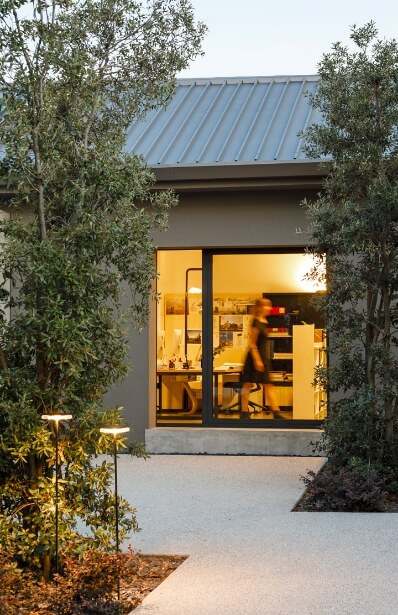 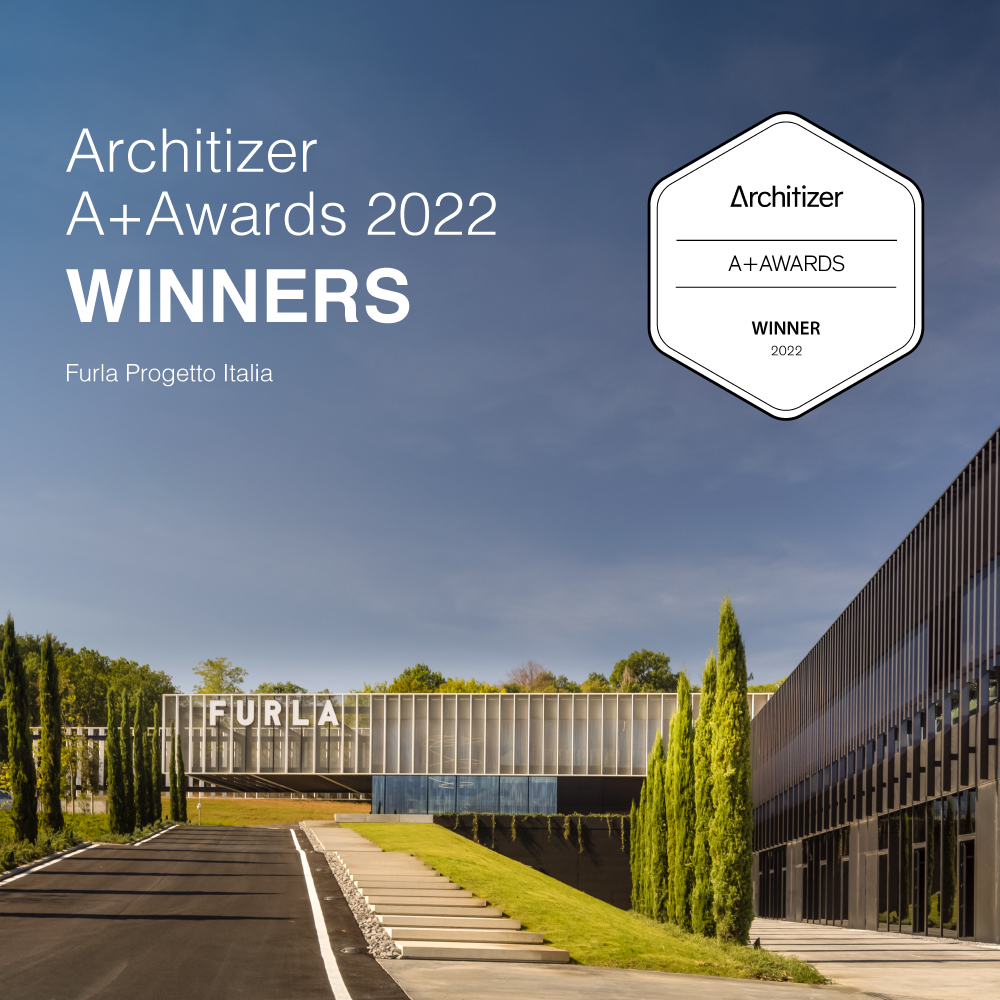 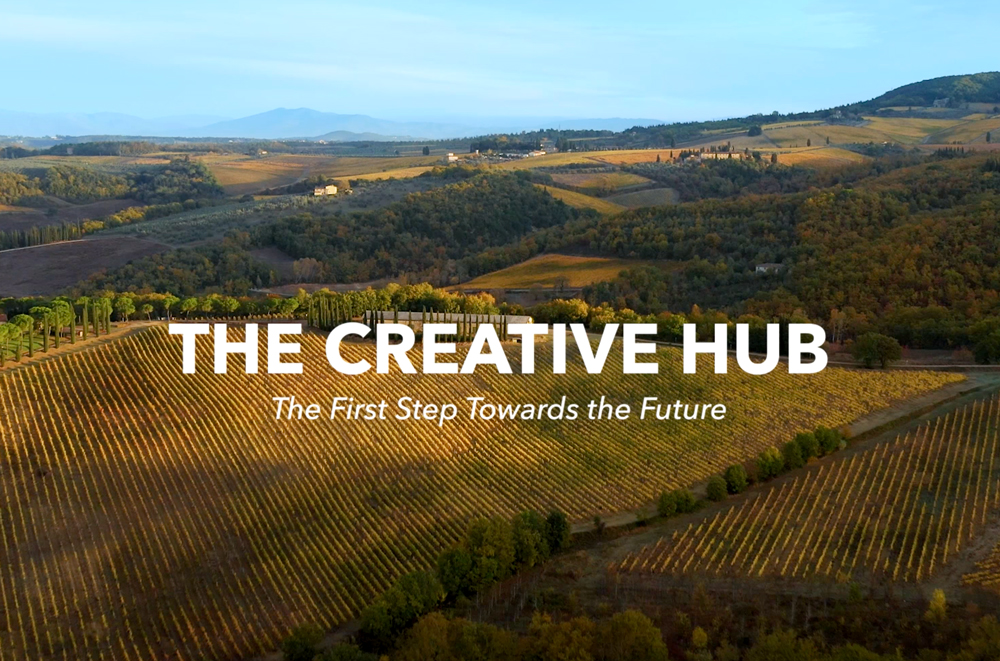 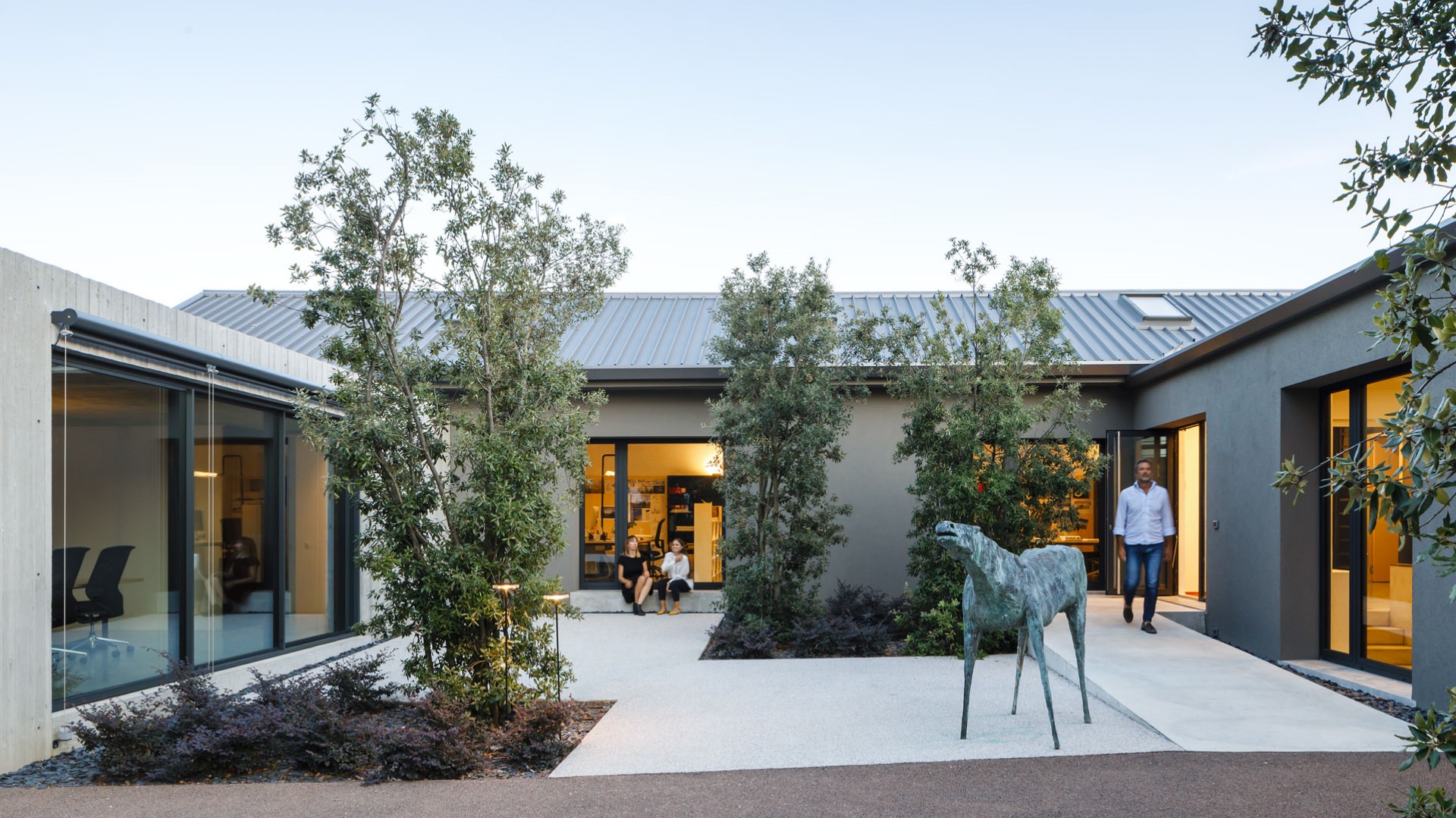 our new studio by GEZA

further information accept decline X
This site is registered on wpml.org as a development site.